I retold the story of Esther so that beauty and obedience weren’t her most important characteristics. I was inspired by looking at paintings of Anne Boleyn and reading descriptions of Cleopatra (as well as looking at pictures of the coins that feature her). While these women are widely believed to have been gorgeous, they were not actually pictures of traditional physical perfection. Their personalities, including both wit and charm, are what I believe accounted for much of their attractiveness. We have continued to mythologize their beauty as an explanation for their success (however short-lived it was for Anne Boleyn), instead of focusing on their intellects. – See more at: http://lilith.org/blog/2016/03/rebecca-kanner-retells-the-biblical-story-of-esther-in-her-new-novel/#sthash.CQTCkbUd.dpuf 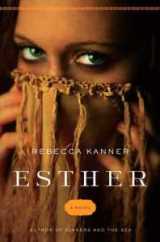